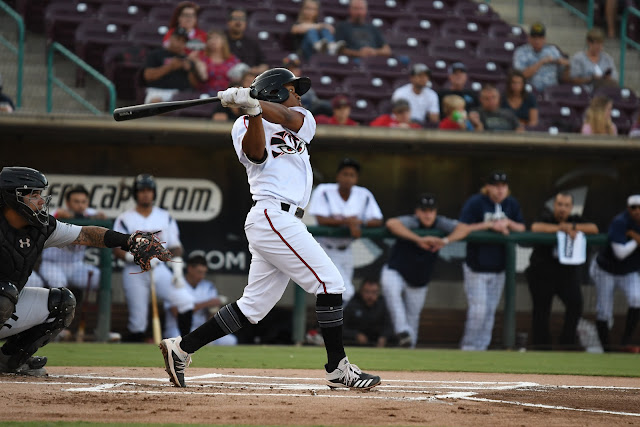 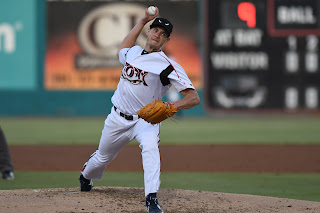 The Rawhide posted the best record in the regular season (83-53) and had a winning record against every team in the league except the Storm (73-65), who won all three series head-to-head against Visalia and six of nine games overall. 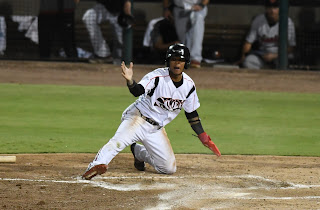 Lake Elsinore sent Padres’ rehabber RHP Garrett Richards to the mound against RHP Justin Vernia, both making their second postseason start and both coming off impressive outings. Richards, coming back from Tommy John surgery in 2018, pitched four scoreless innings and struck out five in Lake Elsinore’s first playoff game, a 2-0 win against Rancho Cucamonga to set the playoff tone for the Storm.

Vernia, who went 8-3 with a 3.65 ERA in the regular season, was perfect through six innings in his opening playoff start September 4 in a 3-1 victory at San Jose.

It was a scoreless tie after three innings, when Visalia scored twice in the fourth on a leadoff triple from LF Eduardo Diaz, a one-out RBI double by DH Max Murphy and a two-out RBI triple by C Jose Herrera, who had three of the visitors eight hits.

The resilient Storm, with eight walk-off wins in their last 13 victories at The Diamond, tied the game with solo runs in back-to-back frames. RF Tirso Ornelas lifted a two-out RBI single to shallow center field to score CF Jeisson Rosario, who had walked to begin the home half of the fourth inning. In the fifth, Rosario lined a two-out RBI single off the right field wall that plated LF Tyler Benson from third base to even the game at 2-2. 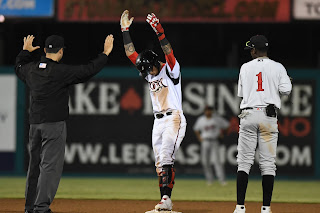 LHP Osvaldo Hernandez pitched three shutout innings in relief, allowing one hit with three strikeouts, before handing the ball over the RHP Mason Fox. Fox looked sharp in working a 1-2-3 eighth inning, striking out two and keeping the game tied at two.

In the bottom of the eighth, Storm shortstop Gabriel Arias hit the first pitch he saw from RHP Cameron Gann to the wall in right center field for a lead-off double followed by back-to-back walks to 3B Eguy Rosario and Ornelas to load the bases.

Gann was replaced by RHP Jose Cuas, who induced a ground ball out at the plate for the first out of the inning. Benson then earned the game-winning hit on a swinging-bunt single to the right side that plated Rosario for a 3-2 Lake Elsinore lead.

With the infield in, DH Tucupita Marcano lined an RBI single past the shortstop followed by a Sac-Fly RBI from 2B Xavier Edwards that gave the Storm a three-run advantage with three outs to play. 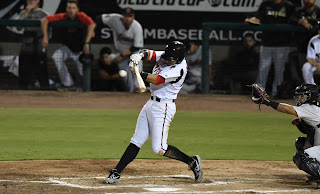 In the ninth inning, Fox allowed a walk and single to bring the potential tying run to the plate. RF Jorge Perez hit a ground ball up the middle that Edwards handled deftly with a backhanded glove flip to Arias for the start of a 4-6-3 double play before a ground out to Arias ended the ballgame.

The Storm are seeking their fourth California League title and first since 2011. The Rawhide are in pursuit of their third championship in franchise history and first since 1978. 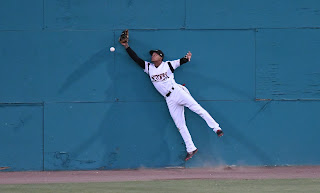 The best-of-five finals matchup will then shift to Recreation Park in Visalia for Game Three on Friday, September 13 at 7:00pm. If necessary, Game Four and Game Five will be in Visalia September 14-15.