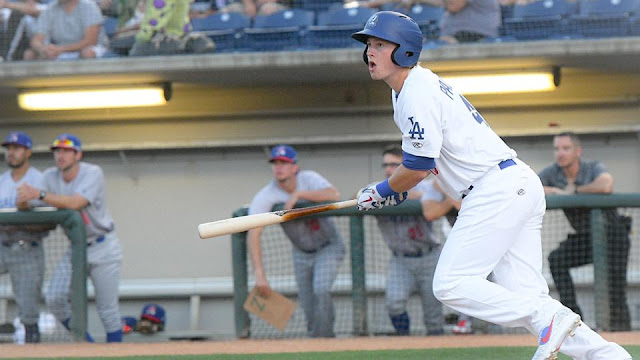 For the third straight day, the Rancho Cucamonga Quakes were convincingly defeated by the Inland Empire 66ers, losing 6-3 on Sunday afternoon at LoanMart Field.

Dillon Paulson, who ended up finishing 2-for-4, got the offense going in the bottom of the second, launching a solo homer to right-center, his fourth.

However, Inland would score five out of the game’s last seven runs. The big blow occurred in the top of the seventh when Michael Cruz (3rd) belted a two-out, three-run blast, making it 6-2 at the time.

In the regular-season finale, Rancho will send RHP Jose Martinez (2-0) to the mound. Inland Empire will counter with RHP Cristopher Molina (2-5).

Rancho will wrap up the regular season on Monday with a 2:05pm first pitch, as there will be a Postgame Kids Run the Bases, thanks to the Smile Generation. Grab your tickets online at rcquakes.com or by calling (909) 481-5000.

The Quakes will open the 2019 Cal League Playoffs on Wednesday in Lake Elsinore, then return home for Game 3 of a Best-of-5 South Division Finals against the Lake Elsinore Storm.

The first 1,500 fans will receive a Clayton Kershaw Bobblehead, presented by US Bank…playoff tickets and packages are available at rcquakes.com. We hope to see you at LoanMart Field for the upcoming Cal League Playoffs.