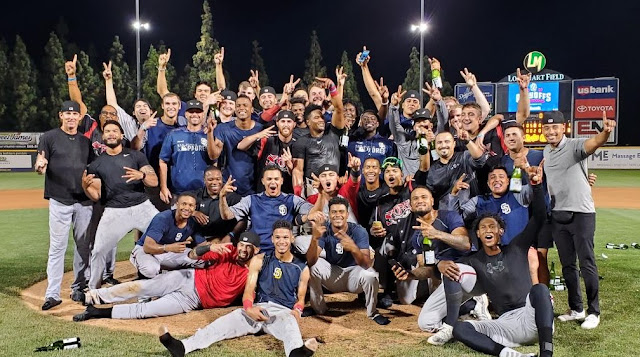 The Storm entered the postseason having won six of their previous seven series, losing only to Rancho Cucamonga in that stretch. The Quakes, Lake Elsinore’s opening round playoff opponent, dominated the season series against the San Diego Padres’ affiliate, who lost 21 of 30 meetings, and 10 of 15 at home, against the defending league champions. 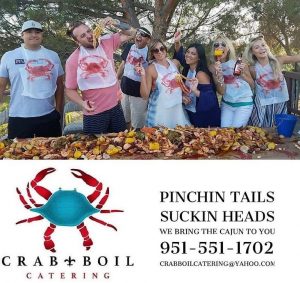 The Storm, however, bucked the trend and won the first two games of the best-of-five South Division Finals at The Diamond before a stinging 6-5 walk-off loss in Game Three in Rancho kept the Quakes playoff hopes alive.

On Saturday night at LoanMart Field, needing one win to advance to the California League Championship Series, the Storm relied on outstanding pitching and two five-run innings in a resounding 11-2 victory against the Los Angeles Dodgers’ affiliate, ending the season of the I-15 rival.

Manager Tony Tarasco handed the ball to RHP Adrian Martinez, who earned a playoff-clinching win against Lancaster on August 30 in his Storm debut. The 22-year-old Mexicali, Mexico native was impressive once again, allowing one hit over five shutout innings, striking out six while facing two over the minimum.

In the third inning, the Storm struck first on a two-out RBI single to centerfield that plated DH Tucupita Marcano by All-Star C Luis Campusano. In the fourth inning, Lake Elsinore loaded the bases with nobody out but failed to score. Then, in the top of the fifth, with two outs and nobody on, six consecutive batters reached safely as the Storm scored five runs on four hits to surge in front of the Quakes, 6-0.

SS Gabriel Arias and 3B Eguy Rosario started the rally with back-to-back walks, followed by an RBI single from RF Tirso Ornelas that made it 2-0 visitors. RBI singles from LF Lee Solomon and 1B Olivier Basabe extended the lead before Marcano’s two-RBI double down the third base line gave the Storm a 6-0 advantage.

Martinez finished his outing by retiring seven straight and 13 of 14 batters, and the bullpen took over from there. RHP Henry Henry struck out six in two innings, allowing only a Jeren Kendall two-run blast in the sixth, but that was as close as the Quakes would get.

The Storm added five runs on four hits in the top of the ninth, highlighted by Basabe’s bases-clearing double, before RHP Nick Kuzia finished off Rancho in emphatic fashion by striking out the side to end the game.

The Storm, advancing to the championship series for the seventh time in 26 seasons and their sixth in 19 seasons with the Padres, will host the Visalia Rawhide, the Arizona Diamondbacks’ affiliate, on Tuesday, September 10 and Wednesday, September 11. Both games starting at 6:00pm.

The best-of-five finals matchup will then shift to Recreation Park in Visalia for Game Three on Friday, September 13. If necessary, Game Four and Five will be in Visalia on September 14-15.

The Storm is seeking their fourth California League title and first since 2011. The Rawhide are in pursuit of their third championship in franchise history and first since 1978.

Storm playoff tickets can be purchased for $5 per ticket. For the best available seats buy online at stormbaseball.com or call 951-245-4487.