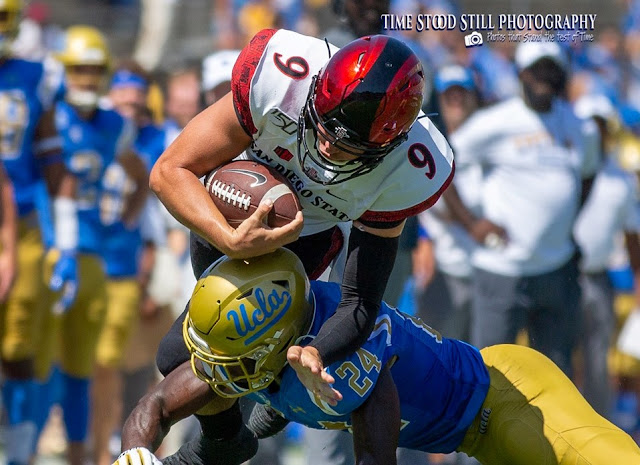 The Losing streak is over for San Diego State. In 22 meetings dating back to 1922, the Bruins hadn’t lost a game to the Aztecs. UCLA fell 23-14 to San Diego State Saturday afternoon. It was the Bruins’ second straight loss of the season while the Aztecs are 2-0. UCLA has now dropped their home opener in back-to-back years for the first time since the 1989 and 1990 seasons.

San Diego State took a 10-7 lead in the first quarter and never looked back. Both teams went scoreless in the second quarter and the score remained 10-7. The Aztecs would out score the Bruins 10-7 in the third quarter and finish with a field goal in the last quarter. 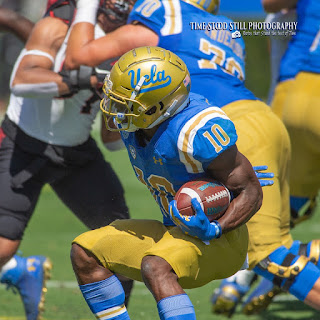 Aztec Quarterback Ryan Agnew threw for 293 yards and a touchdown. Kobe Smith was Agnew’s favorite receiver, hauling in 7 passes for 131 and the touchdown. Matt Ariazanailed 3 of 4 field goal attempts and Chase Jasmin had a rushing TD.

UCLA’s sophomore quarterback Dorian Thompson-Robinson threw for 199 yards and a score. Temecula native Demetric Felton gained 28 yards on the ground and another 36 in the air. Joshua Kelley and Greg Dulcich scored TDs for the Bruins.

UCLA will face off against Oklahoma this Saturday while SDSU will be on the road to take on New Mexico State.