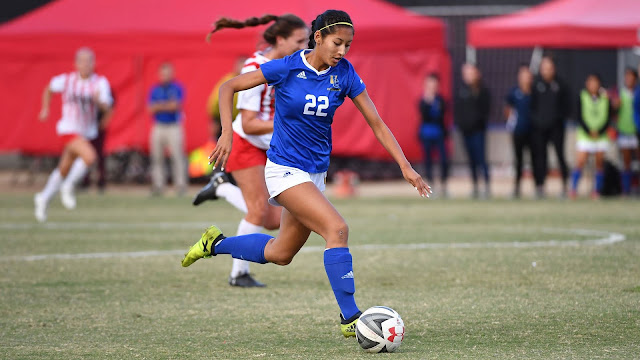 A tradition of excellence has been formed in the past few years for the UC Riverside Women’s Soccer Team, as not only did the Highlanders record their best record since 2004 this past season and earn a trip to the conference tournament semi-finals the year before, they also have continuously done what is not guaranteed for any program. They have created opportunities for student-athletes to play at the next level. 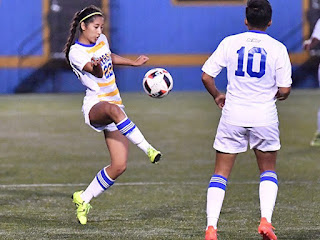 “I am proud to say that we have had a lot of success in developing our student-athletes at a very high level,” Head Coach Nat Gonzalez said. “It’s something that is truly becoming a tradition for our program.”

Since the 2014 season the Highlanders have sent six individuals off to earn professional status in the world of soccer, including two student-athletes from the 2018 graduating class, and handful more have entered the realm of coaching. Needless to say, the program has found its niche in developing players for the next step, whether that be on the pitch or on the path towards their desired career.

“When you’re recruiting you’re always thinking in terms of the team, but to help your team you always look for players with that passion,” Gonzalez said. “It’s really incredible to see that passion drive them through their four years with us and push their desire to continue playing at the next level.”

Quinley Quezada, an attacking midfielder that graduated this past season, is no stranger to the professional field as her young career actually began while she was still dawning the blue and gold. In her junior year she became the first Highlander to make a senior World Cup Qualifying roster as she joined the Philippine National Team and competed in a world class event – the 2018 Women’s Asian Cup.

Her career is now in full force as she is currently in camp with the team as they prepare for the Asia Football Federation Women’s Championship in Thailand, and the Southeast Asia Games in that begin at the end of the year. In fact, the team is coming off a landslide 11-0 victory over Macau, in a friendly, where Quezada (6′, 31′) netted a pair of goals.

“Quinley showed a ton of confidence from the get go,” Gonzalez said. “She actually approached us as a team and told us that she wanted to play here and that she was going to help elevate our program to the next level. Just a few years later we helped her get to a try-out for the Philippine National Team and from day one she stuck.”

Kyra Taylor is another midfielder from the graduating class of 2018 that has earned her way onto professional club. An incredible finish to her college career where she exuded aggression and athleticism in the middle, winning balls and making big passes, caught the eye of Fylkir FC in the Icelandic Premiere League. The club signed her after seeing her skills in person at a try-out this past January. 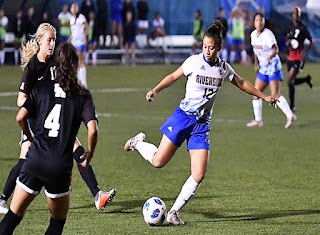 “Once Kyra’s junior season unfolded, I think she realized that this was what she wanted to do at the next step of her life, and her summer coach and I knew that she definitely had that potential,” Gonzalez said. “She always had the grind, so once the confidence came along, that was all she needed to cultivate it.”

Samantha Arellano, a four-year midfielder that graduated in 2016, began her career down in Mexico playing for the Tijuana Xolos and is now a member of Club America.

“We knew pretty early that Sammy had a shot because her play style really fits the pro game,” Gonzalez said. “She was one of the more athletic players on the team and she liked to slow the game down like they do in international play. She was also a part of the Mexican Youth National Team so she had a high jumping off point.”

“When you see players day-to-day, you aren’t sure what playing at the next level looks like for them, but we knew there was something about Sammy, Quinley, and Kyra because they were the soccer equivalents of gym-rats. We couldn’t get them off the field,” Gonzalez said. “I would be driving late from the office and see the lights on, and they’re out there knocking balls. Those moments kind of made us think, that there is more than just collegiate soccer for them.”

Prior to these three beginning their careers, they saw the path to professional soccer taken by three of their teammates in Celina Valencia, Tyler Cunningham, and Alina Cheatham.

Valencia, a defender from the class of 2014, got the ball rolling for the Highlanders’ newest tradition. After graduating she headed to Spain to play pro soccer while also teaching for a few years. The 2016 season was her final year on the field and she is now perusing a career in physical therapy.

Cunningham was a forward from the class of 2015 that played a season with the Boston Breakers’ reserve team in the NWSL, and has since become a police officer. While Cheatham, who was a fellow ’15 graduate, played defense for a season with the for Galway FC in Ireland.

A handful of other former Highlanders have found their calling on the sidelines over the past few years as well with Jessica White (LMU) and Nicole Ragano (Dartmouth) accepting DI assistant coach positions, as well as recent graduate Christina Tucker joining them coaching realm as well.

“One thing I would say about these former Highlanders is that they’re just hard working, good people,” Gonzalez said. “Talent isn’t enough to keep you where you want to be, and they get that.”