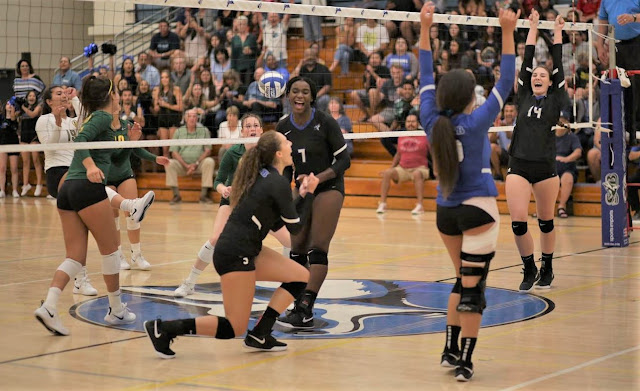 The Coyotes Spent Five Weeks at Number One Last Year

After flying out of the gates to start the season, the Cal State University San Bernardino Coyotes are back atop the National American Volleyball Coaches Association Top-25 Poll.

The Coyotes spent five weeks last season in the top spot and only fell out for the last three polls dating back to last season’s postseason poll. Prior to last year, CSUSB was last ranked number one in the nation from November 7, 2011 to December 6 of that year.

The Coyotes are receiving 35 votes in the latest poll.

This season, the Coyotes are off to a 7-0 start with two top-10 wins and only two dropped sets. They start CCAA action this week on the road, first at Sonoma State on Thursday at 7 pm. Live links are on CSUSBathletics.com.