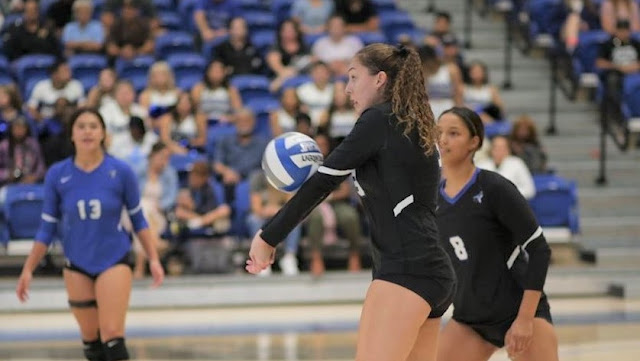 Cardoza Fueled the Coyotes to a 3-0 Week 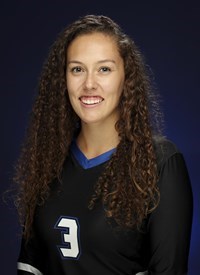 After amassing an impressive stat line to keep Cal State San Bernardino in the ranks of the undefeated, Alexis Cardoza has been selected as CCAA Player of the Week for Sept. 30-Oct. 6., her second this season.

Cardoza, a junior outside hitter from Chino Hills, compiled gaudy numbers in three victories over the week. Along with three team wins by a combined 9-1 score, Cardoza recorded 52 kills on .431 hitting, along with 30 digs, five blocks and five service aces for the Coyotes.

She started with week with a pair of back-to-back 19-kill performances over Cal Poly Pomona and Cal State Dominguez Hills. On the road against the Broncos, Cardoza hit .545 on the night, recording just one error in her 33 attempts in the Tuesday matchup.

Over the weekend, she added another 19 kills along with 10 digs for the double-double against the Toros. Cardoza finished the week with 14 kills and 12 digs as the Coyotes dispatched Cal State LA in four sets, dropping their first set since Sept. 19.

The All-American and reigning CCAA Player of the Year leads the CCAA averaging 4.37 kills per set, nearly a full kill over her conference foes. The stat ranks eighth in NCAA Division II. Her 4.95 points per set lands in sixth nationally.

Up next, the No. 1 Coyotes will head to Cal State San Marcos for a Friday matchup, and conclude the weekend at UC San Diego, taking on the Tritons on ESPN3. First serve for both matches is slated for 7 p.m.