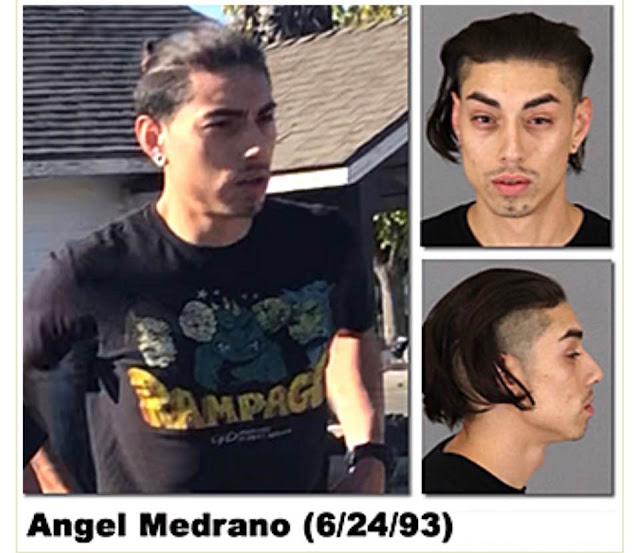 On Wednesday, October 30, at approximately 3:30 pm, Riverside County Sheriff’s Deputies responded to Hemet High School reference a report of a student who had been stabbed.

Deputies arrived within minutes and determined the incident occurred off campus near the intersection of Aurora St. and Stetson Avenue. Investigation revealed two previously expelled Hemet High School students engaged in mutual a fight. During the fight, the adult brother of one of the juveniles involved began fighting with a juvenile bystander.

During the altercation, the adult male chased the juvenile approximately 30 feet while holding a large knife, stabbing the juvenile in the upper torso before fleeing on foot Westbound on Stetson avenue.

A passerby noticed the large gathering of juveniles, stopped to render aid to the injured juvenile, and transported him to Hemet High School. With the cooperation of Hemet High School administration along with anonymous students, a positive identification of the suspect was obtained.

The suspect was identified as Angel Medrano , 26, a resident of Hemet. Evidence obtained is sufficient to charge Medrano with attempted murder of the juvenile. The juvenile was transported to RUHS with non- life-threatening injuries. Medrano is currently being sought at this time.

Anyone with further information is encouraged to contact Deputy Loza at the Hemet Sheriff’s Station. At (951) 791-3400.