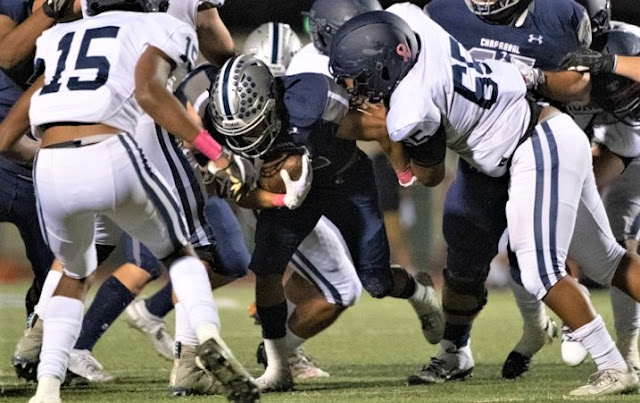 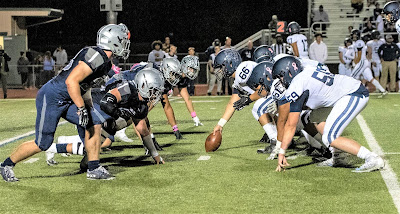 It’s been a long time since the Southwestern league crown has gone to someone other than Murrieta Valley or Vista Murrieta. With a undefeated record, fresh off a win against Murrieta Valley, a ball control offense and strong defense Chaparral came into the game with the best opportunity to force a change in the guard. In the end it was not to be.

The Broncos started the game with a booming kickoff for a touchback. On the first play of the game, Pumas quarterback Brock White dropped back for a pass and hit Brody Soderman with a pass in stride for an 80 yard touchdown. 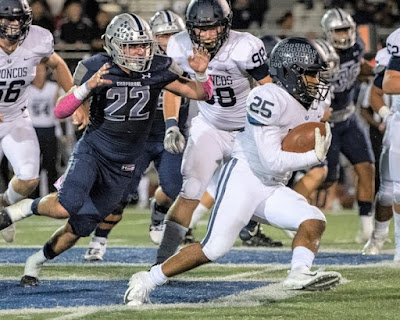 Out came the Broncos offense looking for a quick score along the right hash, but Immanuel Lashley was able to deflect the pass. The Pumas held strong and and forced a Bronco punt. At their own 23 yard line the Pumas drove into scoring position to the Bronco 15 yard line.

The Pumas were forced to kick a 32 yard field goal which which Mikey Terriquez drilled right down the middle. Both teams exchanged possessions and entered the second quarter with Chaparral leading 10-0.

The second quarter began with the ball in the Broncos hands and they began a pong clock draining drive which ended with a 1 yard touchdown run by Keola Anderson.

Vista Murrieta kicked the ball deep again and Chaparral began at their own 20 yard line. The Pumas drove down to midfield before being forced to punt the ball away. With about two minutes until halftime the Broncos had the ball at their own 28 yard line. They were able to drive down to the Pumas 15 yardline before having to settle for a 32 yard field goal which Josh Baron also drilled down the middle. Chaparral received the kickoff and let the time expire and the teams went into half time all tied up at 10. 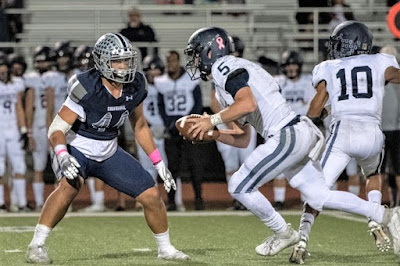 The Pumas kicked off to start the second half. The Broncos began at theit 40 yard line and drove down to the Pumas 31 yard line before Raqueal Wagstaff ran the ball into the end zone for the first score of the half. Chaparral began their next drive at their 20 yard line.

Chaparral answered back with a methodical drive capped by a 3 yard run by Hunter Roddy. The Puma defense was able to force a punt on the Broncos next possession and had the ball at their 42 yard line.

As the Pumas were driving Bronco defensive back Hunter Escorcia picked off a deflected pass and ran it back for a touchdown.

Chaparral was forced to punt the ball away on their ensuing possession and the broncos ran it back to the Pumas 30 yard line. On the very next play Robert Coleman ran into the end zone for a touchdown. The Broncos kicked off to Chaparral just prior to the end of the third quarter.

Down 31-17, Chaparral began the 4th quarter with the ball at their own 31 yard line. The Broncos forced another punt which the Broncos were able to convert into a 45 yard field goal by Josh Barron.

On the ensuing drive Broncos defensive back Yanni Wyatt picked off a pass and was downed at the Chaparral 28 yard line. The Broncos were held to a 31 yard Josh Barron field goal. The teams exchanged possessions one lore time before the broncos ran out the clock ahead 37-17.

In an after game interview with he mentions “We need to focus on next week and not let distractions get in the way” said Chaparral Head Coach, Andrew Rammer. “Our Team needs to fix a couple of mistakes and keep the intensity we started out with”.