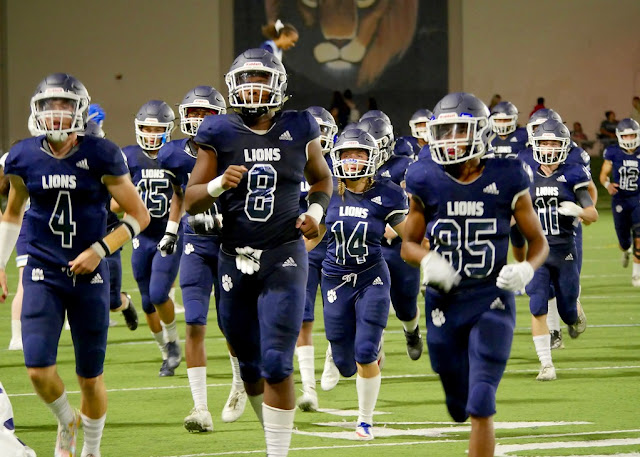 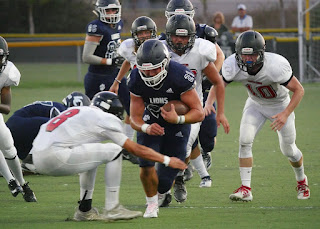 The CIF Southern Section Divisional Week Two football polls has been released and four local High Schools have been ranked in the top ten in their respective Divisions.

Linfield Christian comes in ranked as the number 3 team in Division 11. The Lions dropped a spot in the polls even after destroying Cornerstone Christian 68-0 in their season opener last Friday. Linfield Christian will travel to San Bernardino to face Division 14 Indian Springs this week.

“Cornerstone has some really tough kids that play all out until the last whistle. We played well at times and at others made mistakes that hurt us” said Linfield Christian Coach DeChon Burns. “We must fix those things so that we are doing things the way they are designed .We are healthy and now will focus on the next team. Indian Springs is a team with Talent and has a new look. I am sure Coach Chaddick will have his team ready to play”.

Chaparral was idle last week. The Pumas remained at the number 9 spot in Division 4. The Pumas completely dominated Hemet two weeks ago winning decisively 28-7. Chaparral will face Division 7 Redlands at home this week. 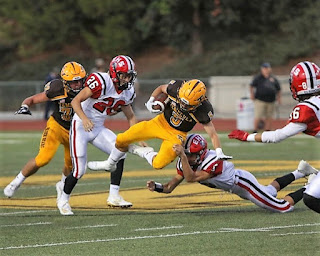 In Division 7, Temecula Valley stayed locked in the third spot again this week. The Golden Bears crushed Valley View 41-6 to open it’s season and then beat Elsinore in the oldest rivalry in the Temecula Valley by a score of 42-21 last week. The Bears will play Division 13 West Valley Friday.

Last week, Temescal Canyon improved from 15th in Division 8 to number 11. The Titans were rewarded once again this week after beating Ontario Christian 22-14. Temescal Canyon sits ranked in the number 9 spot and will play Division 10 JW North. 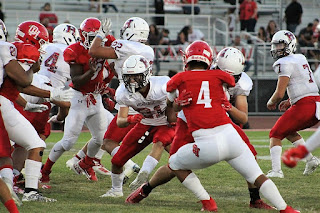 Heritage dropped out of the Division 3 rankings this week after beating Oak Hills 35-7. The Patriots will be home to take on Division 3 rival Cajon Friday night. The Cowboys are ranked sixth in the Division.