Skip to content
Home » Sports » Football » HS Football: Murrieta Mesa is Looking for their First Win of the Season Against Etiwanda Saturday Night 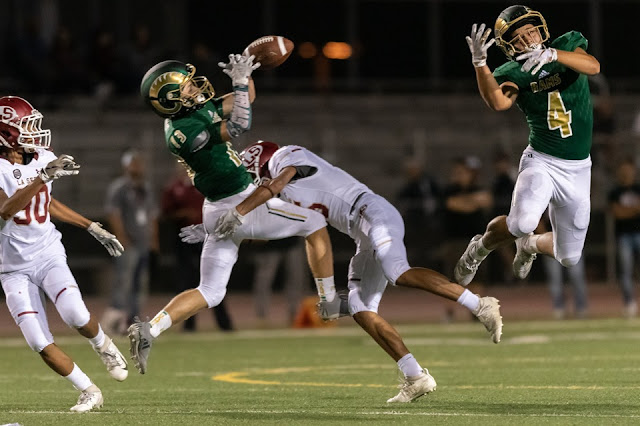 The Rams are Shaking Off the Loss to La Serna, Getting Ready to Face the Eagles this Week 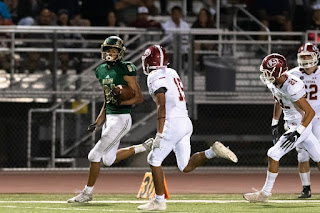 Murrieta Mesa began the season with a disappointing 49-19 loss to La Serna last Friday night. The Rams started the game well, trading blows with the Lancers and it was a 14-13 game in the first quarter.

Then the Rams defense fell apart. The Lancers scored 21 points in the second period to take a 35-13 lead at the half.

Murrieta Mesa would give up seven more unanswered points in the third period and would end the game with a 7-6 fourth.

“Last week we played a very good team in the La Serna Lancers”. Coach George has his program rolling in the right direction” said Murrieta Mesa Head Coach Darrel Turner. “Our Rams played a very physical and aggressive game… but allowed the wing T to take our focus and we had many blown coverages on defense”.

“Offensively, we are still working on the first 11 unit to come together. I’m not going to take anything away from the Lancers… they did a great job taking away the things we do well and forced us to punt more times then we wanted”.

The Rams are licking off their wounds and getting ready to play Etiwanda on the road this Saturday night. The Eagles stunned Heritage on opening night last week by slipping past the Patriots 21-18. Set featured image Murrieta Mesa will have their work cut out for them this week. 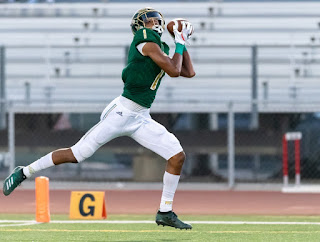 “Where do we go from here? Up!” said Coach Turner. “We have a very long season and will not allow this game to define us. We have very tough kids and are excited to correct our mistakes from last week”.