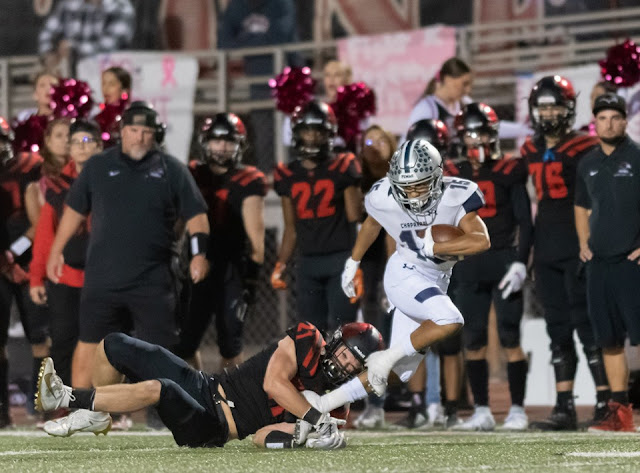 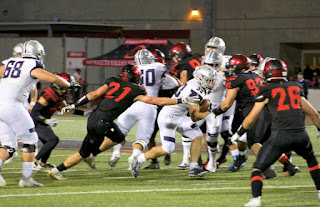 The CIF Southern Section Divisional Week Six football polls have been released and five local High Schools have been ranked in the top ten in their respective Divisions.

Chaparral stayed in the number 4 spot in the CIF Southern Section polls in Division 4. The Pumas have turned the program around and are 5-0 this season. Chaparral slipped past Murrieta Valley 30-27, beating the Nighthawks for the first time in six years.

The 6-0 Pumas will battle defending Southwestern league champion Vista Murrieta this Friday in a contest that could determine who takes home the league crown. 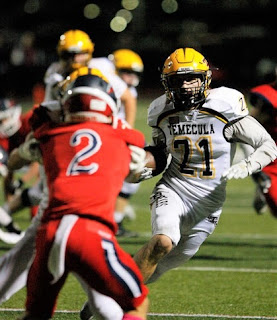 Temecula Valley slipped a spot from fourth to fifth in Division 7. The Golden Bears are 5-1 and crushed Great Oak in their Southwestern league opener last Thursday. They face a powerful Murrieta Valley team on Friday night.

Also in Division 7, Elsinore improved from seventh to the sixth spot. The Tigers are 4-2 and played well against in their 41-18 loss to Heritage last week. This week is no easier for the Tigers, who will face a powerful Rancho Verde team Friday night.

Linfield Christian improved from tenth to the nine spot in Division 11. The Lions are now 5-1 after crushing Arrowhead Christian 75-0 in their Ambassador league opener. Linfield is on the road to play Ontario Christian this week.

Temescal Canyon is holding at number 10 in Division 8. The Titans suffered it’s fourth loss of the season, an embarrassing 54-0 shutout to Rancho Verde last week. The Titans will be in Romoland to take on mighty Heritage Friday.

Great Oak dropped to the 13thspot in Division 4 after their loss to rival Temecula Valley in their Southwestern league opener. The Wolfpack will play a talented and hungry Murrieta Mesa team that is looking for it’s first league victory.