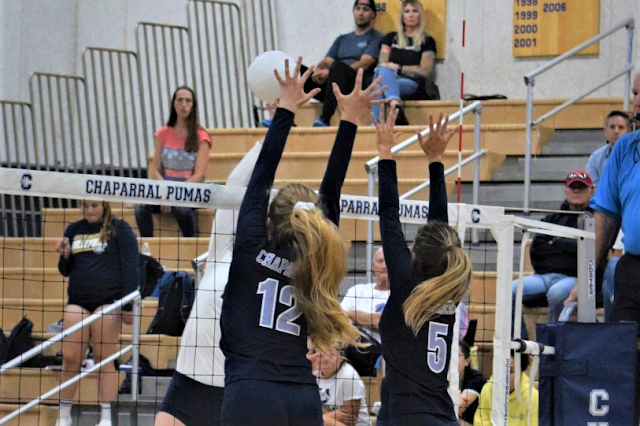 League Play is Well Underway in the Southwestern League 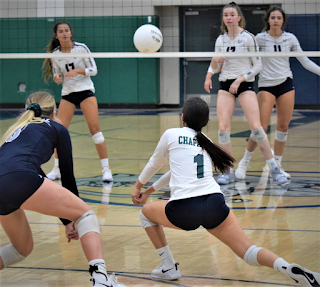 For the Pumas, Brooklyn Frederick had her best match of the season tallying 18 kills and 14 digs. Alondra Almaraz had a career best 26 digs in the winning effort. Anna Johnson added 10 kills and 18 digs and Saige Rivera had 5 kills, 15 digs, and 34 assists. 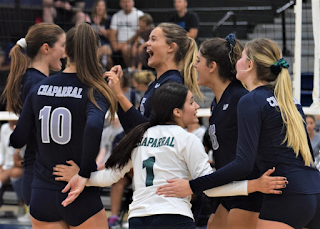 “This win was a team effort that started in practice. The girls who didn’t see the court prepared the starters by helping them learn and execute the game plan” said Chaparral Coach Gale Johnson. “Without the bench this win doesn’t happen. I’m proud we have a group of selfless kids willing to work and put the team first regardless of their role. It makes a difference”.

“Vista Murrieta is a solid team with many talented players. We feel fortunate to get the “W.” It’s going to be an absolute battle next time we play them”.

Great Oak is at Murrieta Valley and Murrieta Mesa will face Chaparral this Thursday. Vista Murrieta is off to the Durango Fall Classic Tournament in Las Vegas this weekend.

The Broncos play Great Oak on September 24. Temecula Valley’s next scheduled game is against Chaparral next Tuesday.