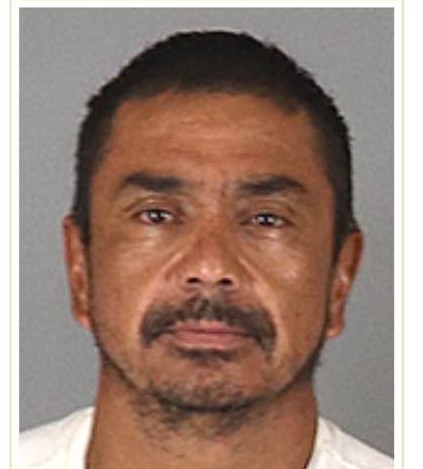 On Thursday, September 5, 2019, approximately 12:35 PM, deputies from the Lake Elsinore Sheriff’s Station responded to the area of Lakeshore Drive and Gunnerson Street, Lake Elsinore, in reference to a vegetation fire. Upon arrival, several witnesses reported seeing a man running from the location.

A search of the area was conducted and deputies located the suspect, 48-year-old Rene Chavez, a transient from Lake Elsinore. Further investigation revealed Chavez was on probation for arson and had an outstanding felony warrant for arson related charges.

Chavez was arrested and booked at the Cois Byrd Detention Center for arson, with a bail enhancement for committing arson during a State of Emergency related to the Tenaja fire. Chavez’ bail was set at $250, 000.

Anyone with additional information is urged to call Deputy Miller at the Lake Elsinore Sheriff’s Station at (951) 245-3300. As a reminder, “Community Policing” involves partnerships between law enforcement and community members.

Business owners and residents are encouraged to report suspicious activity directly to law enforcement by calling Sheriff’s Dispatch at (951) 776-1099, or by calling 911 if the matter is an emergency.