Skip to content
Home » News » Crime » SoCal: Mother with her 6 Year Old Child Arrested for Smuggling over $169,000 of Meth by Border Patrol 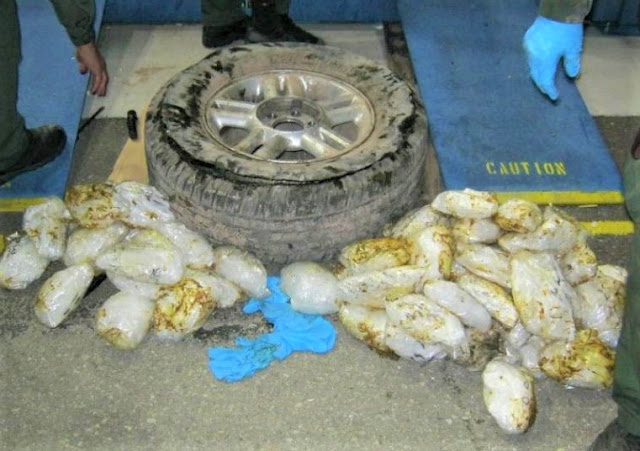 U.S. Border Patrol agents arrested a woman at the Interstate 8 checkpoint who had methamphetamine hidden inside her SUV with a child in her car on Tuesday.

At approximately 9 p.m., on Oct. 1, 2019, a woman and her 6-year-old son arrived at the I-8 checkpoint in a 1999 Ford Expedition. Agents referred the driver to secondary inspection for further examination. Once there, a K-9 alerted to the rear door of the SUV.

Searching the vehicle, agents found several plastic-wrapped packages inside the left and right side rear-door panels. Agents also noticed the rear spare tire had abnormalities and discovered packages were inside. At the end of their search, the agents retrieved a total of 65 bundles of crystal meth. The bundles weighed 67.68 pounds and have an estimated street value of $179,352.

The driver, a 25-year-old Mexican national, was arrested and her

child was placed with Child Protective Services. The narcotics were turned over to officials at the San Diego County Sheriff’s Department and the vehicle was seized by the U.S. Border Patrol.

“I am very proud of the dedication displayed by these agents,” said San Diego Chief Patrol Agent Douglas Harrison. “They are committed to keeping dangerous narcotics from reaching our communities and protecting innocent children from being used as pawns by criminal organizations.”