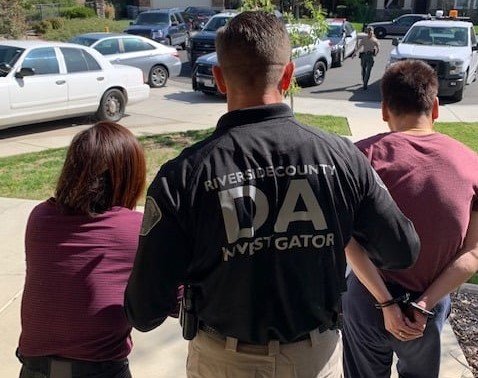 The Riverside County District Attorney’s Office has filed 70 felonies against a San Diego man for operating more than a dozen illegal indoor cannabis grows in homes across three counties. 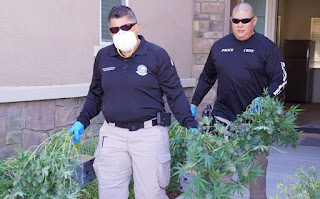 On the morning of Oct. 30, 2019, the DA’s Cannabis Regulation Task Force, assisted by several other law enforcement agencies, served search warrants at 13 homes being used strictly to grow cannabis illegally.

The homes were in Temecula, Murrieta, Riverside, Chino, Chino Hills, Rancho Cucamonga, Rowland Heights, and Hacienda Heights. Some of the homes were in newer neighborhoods within the counties of Riverside, San Bernardino, and Los Angeles.

A search warrant was also served at the defendant’s San Diego home.

Defendant Chiaming Tim Hsu, DOB: 1-12-78, is charged in case SWF1900735 with multiple counts of conspiracy for entering into lease agreements at 18 homes, using each to illegally cultivate cannabis.

Hsu is also charged with multiple counts of maintaining an unlawful building, vandalism, theft of utilities, and identity theft. It is alleged that, as of August, Hsu perpetrated the theft of an estimated $275,000 in utilities at the various homes.

Hsu was arrested at his rental home in Rowland Heights and booked at the Robert Presley Detention Center in Riverside where he was being held in lieu of $540,000 bail. Authorities have placed a “bail hold” on Hsu which means he must be able to prove that any funds or property he may attempt to use to post bail were not obtained illegally.

Hsu is scheduled to be arraigned on Friday, Nov. 1, 2019, at the Southwest Justice Center in Murrieta.

All of the homes raided were not being lived in and were being used only for illegally growing cannabis. Bedrooms and other rooms in the homes were filled with cannabis plants in various stages of growth.

Nine people found inside six of the homes were arrested and are believed to have been hired by Hsu to tend to the plants.

Agencies currently on the Cannabis Regulation Task Force include the DA’s Bureau of Investigation, the Riverside