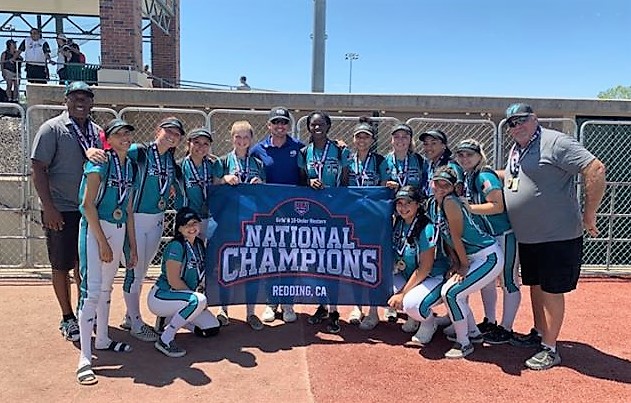 Murrieta was Dominate & Outscored Opponents 156-29 Down the Stretch 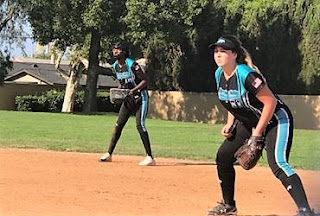 The  Murrieta Valley Girls Softball Association 18U team hit the trifecta during the All-Star season this year. The team won District, State and the National Championships. They have become one of three teams in the history of USA Softball that has won a District, State and National Title in the same season. 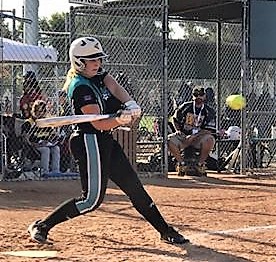 “To go on and and get the trifecta of District, State and National champions, for some, is a once in a lifetime experience. Congratulations to Coach Ken Powell and the entire MVGSA 18U Family on their tremendous accomplishment”.

Murrieta was dominate throughout the playoffs. They coasted past Westside, West Covina and Corona to win District.

In State, they blew past Palos Verde and West Covina. In the Championships, Coranodo stunned Murrieta by handing them their only defeat of the 3 tournaments, taking game one 8-7. Murrieta rebounding and crushed Coranado 16-8 in the finale.

In the Nationals, played in Redding, Murrieta continued to thrash their opponents. They easily beat a team called the Assassins and West Lake twice apiece. They then destroyed Cordova in a 12-0 Shutout to win the National Championship. 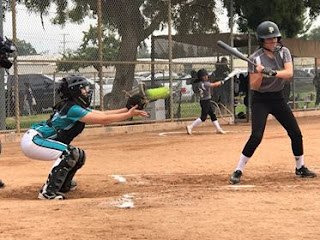 Coach, Ken Powell, who has been coaching this team since 2008 mentioned the following girls who played their last season with the team.

The Murrieta MVGSA finished the All-Star season at 24-4-1. Over the past 3 All-Star seasons, the High School team (18U) has been in a total of 17 tournament championship games, the first in the league to achieve this. 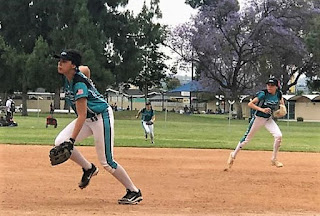 Coach Powell’s final thoughts on the year. “No excuses! If you make a mistake-own it. Also, give yourself credit when you do something right”.