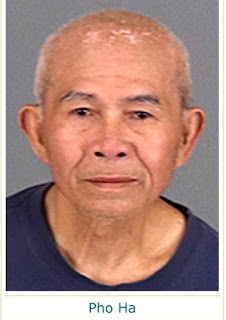 On Friday, November first, Sheriff’s deputies served a search warrant near the 24400 block of Crab Hollow Circle. As a result of the search warrant, approximately 635 marijuana plants in various stages of growth were located and collected. In addition, the electrical system within the residence had been illegally altered causing a severe fire hazard.

There were additional rooms still in the process of being converted to grow rooms. One suspect was located at the residence.

The suspect, PHO HO, an 81-year-old resident of Wildomar, was arrested and booked into Cois Byrd Detention Center in Murrieta for illegal marijuana cultivation, possession for sales of marijuana, and maintaining a drug house. Wildomar Code Enforcement deemed the house uninhabitable.

This is an ongoing investigation. Anyone with additional information is encouraged to contact Deputy Carlson at the Lake Elsinore Sheriff’s Station (951) 245-3300.